During this time of COVID-19, I (along with my family) fostered a dog named “Handsome” Johnny. He was about 2 months old when we first got him. The first day, he stayed in one area… More

During the COVID-19 stay-at-home period, many of us read more books and watched more content. In this post, I have recorded (most of) the media I have consumed recently.Bold= in progress Books Read* Five Feet… More

VIEW PRESENTATION SLIDES HERE WATCH DISCUSSION HERE: Links for other articles on this topic:BahaiTeachings.org- Benefits of Going Vegan for the World- and You Some of the quotes in the presentation: “But now coming to man,… More 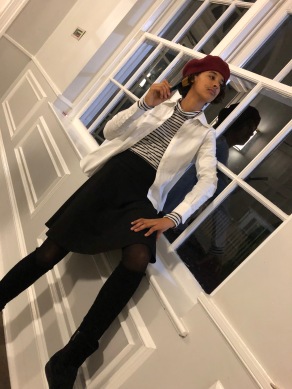 It was May 15th, 2018, during a regular Tuesday’s literature period while the teacher was not doing anything. My “friends” and I were talking about geckos.

I live in Belize, a Central American country known for its pristine waters and bountiful jungles. Geckos are harmless lizards that are present in many areas of the country.

My friends suggested that geckos are a nuisance, that they’re disgusting, annoying, and like pooping on your food and other belongings; they should be killed. Geckos are quite the opposite; they are harmless and I’ve never killed one. After I shared my opinion that they should not be killed for no reason, they compared killing a gecko to killing a cockroach. I shared that they is a line between killing a gecko and killing an animal that is being a pest in your home and contaminating your food and spread diseases. On the contrary, geckos solely climb on walls and search for food; they do poop on window sills sometimes, but they kills flies and mosquitoes, which spread disease. The people went on trying to prove their point that not only geckos, but also spiders and frogs should be killed, more animals that assist in eating the animal that kills the most people every year. Now, if you don’t want geckos, spiders, or frogs in your house, a good way of dealing with them would be to carefully remove them off the floor by using a jar.
Here comes the devastating part. A spider is seen on the wall (I forgot whether it was them or I who saw the little creature). I go over to the spider, carefully pick it up, and show them how to nicely deal with animals. And… BAM BI DA DI DO!!!!! The spider FALLS!!! Now, I know what you are thinking: aww…the spider fell, they laughed at you. But noooooo. Somebody, a malicious being, wait for it, steps on the spider. DEAD, the spider’s life is gone, ended, because of me. *cue crying and sad violin music* People were amused. That made me sick. I wanted to cry. A spider lost its life that day for me, to prove my point, although it was not received by my classmates. Avenge its life readers. DON’T MURDER GECKOS AND NON-POISONOUS SPIDERS. LET. THEM. LIVE.

Below is my submission for a local essay competition about three things that youth in my country would change or improve in their city. I hope that you enjoy it!

I am a citizen in this beautiful country of Belize and I have the pleasure of being able to live in the capital, Belmopan. Belmopan is a beautiful place and it has a lot of culture and beauty. I love my city. However, if I could improve or change three things in my city I would (1) add and improve facilities for youth, (2) help those who have mental and/or physical disabilities, and (3) make Belmopan safer. So, what would I do to make these changes?
The first thing that I would do is add more facilities for youth. As a young person, sports, arts, and music are very important. I feel that Belmopan doesn’t have enough places to go in free time or resources and funds to run many activities. I play volleyball, and I wish that there was a better place for my team to practice. We practice at Independence Park and that is not ideal for the considerable time we spend sweeping water off the court on rainy days, scraping our knees on the concrete, and having to cancel practice because of the weather and condition of the court. More extracurricular activities would mean that the younger generation becomes more talented and can contribute more to society. A lot of our youth are committing crimes and are on the streets; we can help this problem by creating an alternative initiated by authority or leaders in our community. All we need is to have youth display what they want and somehow have people capable of making a change pick out what is possible to do and establish that.
The second thing that I would do is improve help for those or have mental or physical disabilities. I know several people with dyslexia and ADHD. From what I’ve seen, there aren’t many schools that cater to these differences. If someone has a mental disability, they shouldn’t be pushed down by it and have to struggle. They are just as intelligent and creative as everyone else. This city should also cater to those with special needs. I have witnessed some efforts and have seen some schools that do have a special program. I feel that there should at least be more education exerted so that people are aware of different special needs and how to deal with them. There could be an affordable or free afterschool program with tutors or volunteers willing to devote their time to sit down and help those who are struggling in school, even if the person doesn’t have a disability but just has trouble understanding certain concepts. If something similar to a program like this was established, Belmopan’s resources would increase.
Lastly, I would like to make Belmopan safer. Especially at night, Belmopan is not very safe in my opinion. There have been countless people robbed and even raped at night. While I was practicing with my volleyball team once, a man came up to us explaining that he had just been robbed by a young man. We tried contacting the police, but there was little to no help given. I would like if there were more lights especially where people go to hang out at night, such as having bright street lights at Independence Park. There should also be more police officers available to deal with crime immediately after it happens. I don’t feel safe walking around at night. Many of my friends, mainly women, are not comfortable either. People have said that many institutions don’t do anything if a woman says she has been raped. I would like to have support groups for women who have been raped, sexually or physically abused, or have experienced domestic violence. A support group for men would be beneficial as well. All of these groups would contribute to the goal of a better Belmopan.
In conclusion, if I would change or improve things in my city, I would not only change those stated above, but change the mindsets of Belmopan’s residents. We have an amazing city and we can do a lot to improve it and make it even more amazing. As a community, we can unite, merge resources, and support each other. As a capable youth, I will do my best to change my city for the better, working with others to improve facilities for youth, help those who have mental and/or physical disabilities, and make Belmopan safer. I love my city. However, if I could improve or change three things in my city I would step up and do so.